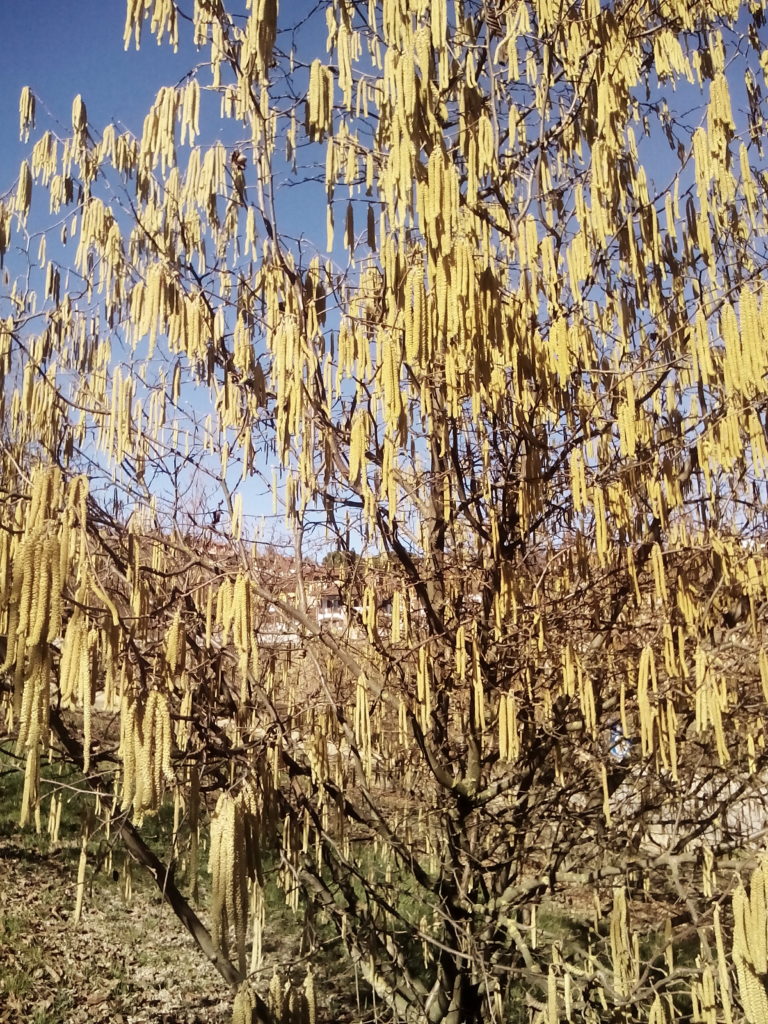 Its origins are very ancient. Its diffusion is supposed to be at the end of the last Glacial Age, about 10.000 years ago. Some fossils found in Germany, Sweden and Denmark vouch for that hazelnut was known and eaten by primitive men, when cultivation was not even discovered.

Hazelnut has been one of the first cultivated plants by men. Hailing from Mesopotamia, has become common in Europe, especially in the Mediterranean and Balkan areas. The hazelnut plants were appreciated from Greeks and Romans for its fruits with on high content of fats and were retained to be magic.

Its wood was used to create wizards’ wands and a myth affirms that this plant could not be thunderstruck by lightning. The myth says that this fact is owed by the gratitude of the Virgin Mary, whom was protected by an hazelnut plant from a huge storm.
Nowadays, hazelnuts’ wood is used for wood-burning oven in particular to cook pizza. The most intensive cultivations were located in 4 main areas, the most important is along the southern coast of the black Sea, the second one in Italy, the third in Spain and the fourth is situated in North America.
In recent years, the demand of the product in a global scale has encouraged different attempts in many countries: Chile, Argentina, Brazil, South Africa, Romania, Bulgaria, Ukraine, France.
Some of the most productive areas are Chile and Romania. The second one is well known thank to the Timisoara zone. In Italy, the diffusion of hazelnut plantation is involving the entire national territory.
The most interesting variety, are the “Tonda Gentile delle Langhe”, the “Tonda di Giffoni” and the “Tonda Gentile Romana”.